A great ‘before and after’ photo set:

Wassim is a serious weight lifter who recently took part in his first competition. He had been suffering for over a year with pain and tension in his left arm and shoulder that was affecting his ability to train and to keep the bar level when squatting. 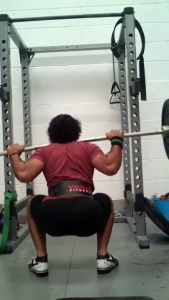 Two days later, after a single McTimoney chiropractic treatment at the Peterborough clinic: 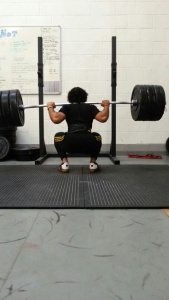 Wassim noticed an immediate reduction in pain and an improvement in the range of motion of his left shoulder after the treatment. After his second appointment he took part in a 24 hour charity rowing challenge and was able to complete it without any pain from his left arm. After 4 visits his arm and shoulder movement were normal and he was ready to resume his full training programme.

I was particularly pleased with the results here as I deliberately didn’t do any heavy duty soft tissue work on Wassim’s arm and shoulder. Other therapists had already worked on the tight muscles there but had failed to loosen them. The gentle adjustments of McTimoney Chiropractic alone were sufficient to correct Wassim’s structural alignment and the brain-body connections that were keeping his arm muscles in a state of tension.