An interesting piece of training on Saturday 12th September. Chiropractors were given the opportunity  to try their hand at clay pigeon shooting and then take part in a discussion about the sorts of injuries seen among people who use guns for sport or work.

As you can imagine, shooting folk tend to get a lot of neck and shoulder problems – particularly when using guns with heavy recoil. Many people put up with these aches and pains because they don’t realise that anything can be done about them – but it’s always worth discussing them with a chiropractor or other professional as such conditions can often be improved or managed.

A group of us spent a pleasant afternoon trying to shoot clays flying in a variety of trajectories – ranging from the merely challenging to the downright impossible. We even had a little competition to see which of us novices could hit the most clays – modesty forbids me from reporting the result.

All the people in these pictures are trained professionals – though clearly not where guns are concerned! 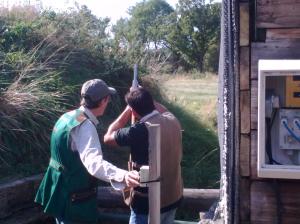 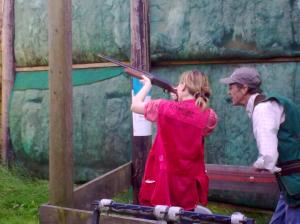 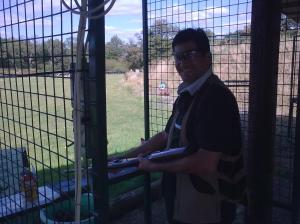